Check out some recent news, tips, feature places and more.

After a year of groundbreaking Cebu-Cordova Link Expressway Corp (CCLEC) is now officially started its construction yesterday. This P26-billion project is awarded to a giant infrastructure conglomerate Metro Pacific Investments Corp. (MPIC) the company behind the biggest tollways in Luzon and the first project in Visayas and Mindanao.

The project was conceptualize started way back in 2015, as supported by the Governor of the Province Hilario Davide III and both Provincial Board, Cebu City & Cordova Local Government.

The projects aim to ease the traffic, especially around Mactan Island as the Airport situated. The local governments can earn at least a P13 million share a year. After 35 years the projects and management will turn over to the local governments. Tentatively will collect P55 in the first year and increase up to P89. Moreover, to promote economic and social development in Cebu and in the whole Visayas.

This project is targeted to finish in 2021. Once completed it is projected around 40,000 vehicles will pass the said project.

Food Not to Miss when you are in Cebu 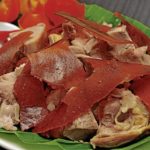 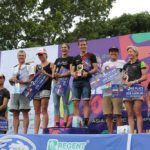